Dear Readers… Revision Week continues with Salina Yoon, author/illustrator of more than 160 books for kids. Salina's characters Penguin and Bear are adored by young children around the world, and it's an honor to have her here talking about the revision process with picture books, both the text and visual storylines. Please join Salina and The Editor for Day 2 of Revision Week, and enter to win today’s “Free Partial Edit” from The Editor. 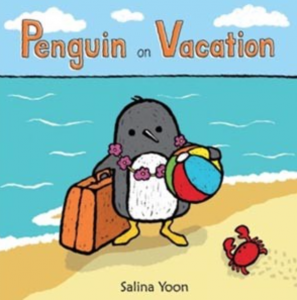 On Revision: Kathleen Krull, in Memoriam

Kathleen Krull is an esteemed figure in children's literature. Her books for young readers are

Is “Which” a Legit Sentence Starter?

I’m revising my middle grade novel. One editing change involved the use of the word

A New Look, with Edit Giveaways to Celebrate!

What’s the Difference between Plot and Reading Experience?

Should I Delete My Short Story from Wattpad When I Turn It Into a Novel?

The novel I'm finishing is based on a short story I wrote last year, which